How Rare Is The Pixie Bob Cat Really? 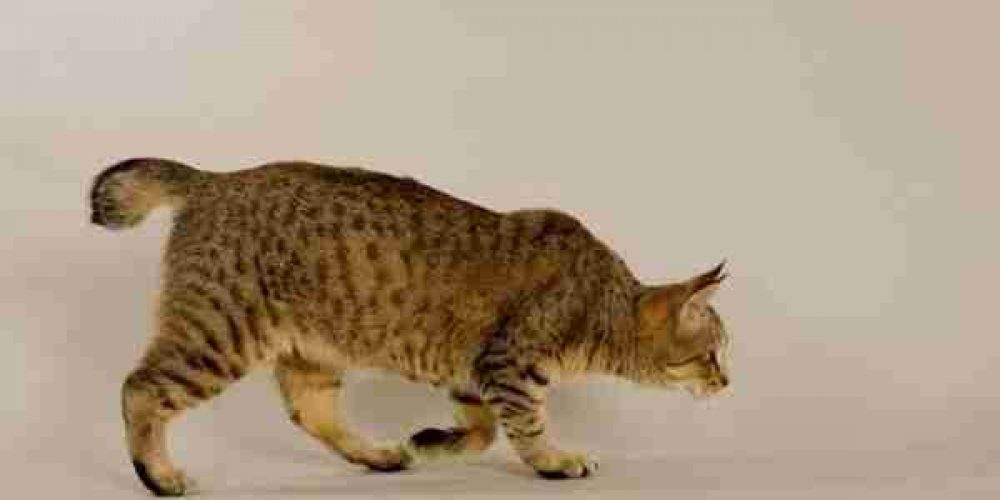 “Rare” refers to any breed with few breeders and few cats. In comparison to the very popular Maine Coon or Bengal, the Pixie Bob cat is extremely rare.

Right off the bat, there are just around 40 active breeders worldwide, and the number continues to decline.

What different colors and patterns are there?

Because of its barn cat heritage, you will occasionally see a kitten or cat that doesn’t quite fit the standard advertised as “rare” with a matching price tag.

For instance, the rare Pixie Bob cat also comes in melanistic, pointed, and dilute coat colors and classic pattern. All these traits are considered non-standard. The classic pattern looks a lot like a swirly pound cake and is similar to the marble pattern in Bengals.

Recently, a newborn “rare” Pixie Bob cat made its way onto the world stage, introduced by a newbie breeder as “melanistic” and “rare.” However, the kitten was, in fact, a brown spotted tabby, albeit a very dark one.

Shaggy-coated kittens are born almost black. As they mature, their color will lighten up considerably.

That begs the question: “What in the world is a melanistic kitten? And is that kind of Pixie Bob cat rare?

Melanism is the opposite of albinism. Albinism is the utter lack or complete absence of pigmentation, while melanism is the presence of excessive melanin production, especially as a form of color variation in animals. The word derives its origin from the Greek word “melan,” meaning “black pigment.”

A melanistic rare Pixie Bob cat may show very faint tabby markings, but only if sunlight hits their body just right. In other words, melanistic cats have almost black markings on a completely black bodies.

Melanistic kittens are born completely black with no discernible smidgen of tabby markings anywhere on their bodies. There are no face marking, no white chin, no eye liner. You will not find a single hair on a melanistic kitten that is not black.

Rare also infers to a breed with a limited gene pool. With a mere 40 breeders worldwide, you can imagine that the gene pool may not be as diverse as that of a breed that has well over 200+ breeders worldwide. It takes careful pedigree study and planning pairing several years out to ensure that genetic diversity remains stable and within an acceptable level.

Only very few Pixie Bob breeders currently introduce found cats into their program. One could argue that improvement of type is one of the reasons; however, this is mostly done to ensure genetic diversity. Forest Hunter Pixie Bobs takes genetic diversity extremely seriously as it is paramount to producing kittens that are healthy and remain that way throughout their life span.

So there you have it. The Pixie Bob cat is rare in itself. Melanistic, pointed, and dilute colors even more so as well as the classic coat pattern. But keep in mind that only a brown spotted tabby can enter the show ring.

A breeder marketing a kitten with a color or pattern that does not fit the standard (tail length aside) as “rare” with a price tag to match, does so to capitalize on the kitten’s appearance rather than striving to improve type, health, and vigor.

The kitten’s exotic looks may be intriguing; however, this type of behavior should be a reason to more closely examine the breeder’s intent. And perhaps you would be better off finding a Pixie Bob breeder who breeds for the right reasons.

How To Best Care For Your Pixie Bob Kittens

Pet Insurance – Is It Worth It?

What are cat registries and how can they help you?

Pixie Bob Traits – Top 5 Reasons Why They Are Simply Perfect